Pathfinder 2E: Adv Path: All or Nothing: Agents of Edgewatch

When the Edgewatch agents receive a much-deserved promotion and transfer to Absalom's interjurisdictional Starwatch company, they find that with increased responsibilities come increased risks. Following the trail of clues left behind by the murderous Norgorber cultist called the Skinner, the agents find themselves caught between two sides of a gang war in the Docks, and they must choose which gang to tip the scales in favor of in order to get the evidence they need. Their investigation takes them to the Lucky Nimbus casino to perform a daring heist, then the gladiatorial arena known as the Irorium to stop a devastating plot that threatens thousands of lives!

"All or Nothing" is a Pathfinder adventure for four 9th-level characters. This adventure continues the Agents of Edgewatch Adventure Path, a six-part monthly campaign in which the players take on the role of city watch officers and dole out justice to Absalom's most nefarious criminal elements. This adventure also includes new rules and inspiring details about some of Absalom's infamous gangs, the different contests of strength and agility held in the Irorium, and a hoard of new monsters for urban fantasy campaigns. 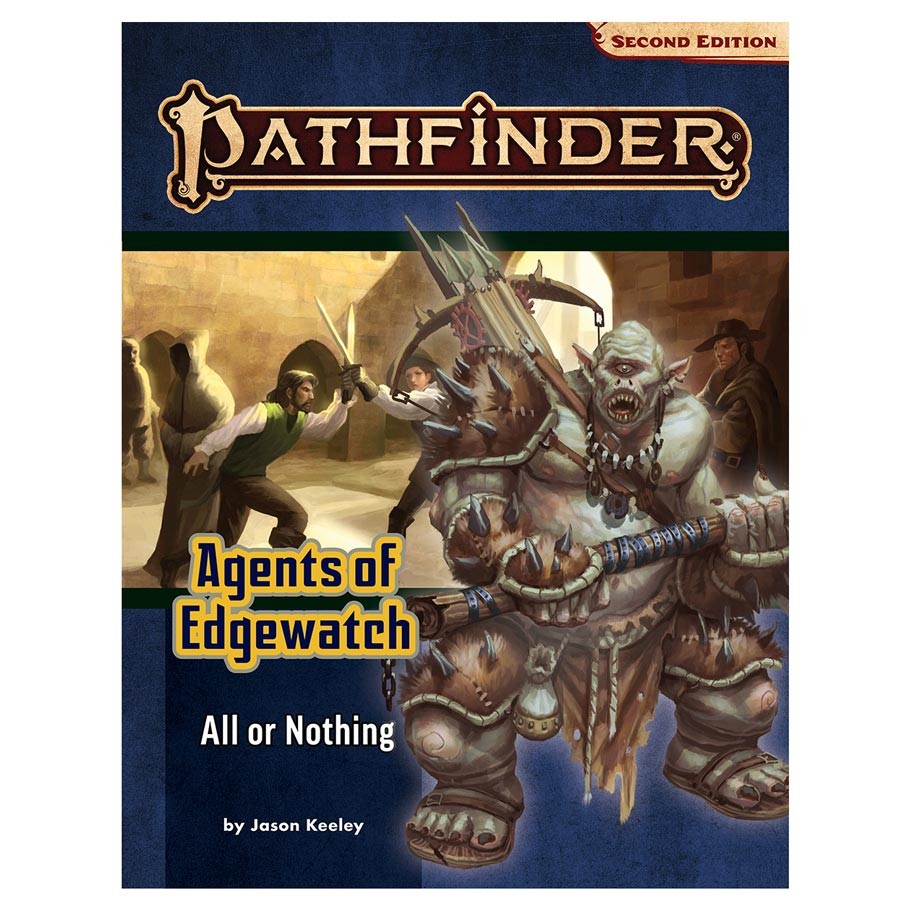